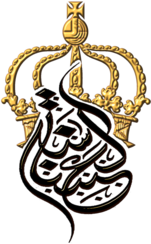 On the right, a video of the most recent investiture ceremony of the Sacred Order of Saint Michael Archangel in Campos, Rio de Janeiro Brazil on August 4th 2016. At the time, it was also established the Grand Priory of Brazil. Held at the Campos Catholic Cathedral in Rio de Janeiro State on August 4th 2016. Presiding the Grand Master HIRH Prince Gharios El Chemor of Ghassan Al-Numan VIII and the Grand Chaplain of Brazil His Most Reverend Excellency Dom Roberto Francisco Ferreria Paz, the Catholic Bishop of Campos, Brazil.

Saint Michael is an archangel in Jewish, Christian and Islamic tradition. He is viewed as the field commander of the Army of God. He is mentioned by name in the Book of Daniel, the Book of Jude and the Book of Revelation. In the book of Daniel, Michael appears as "one of the chief princes" who in Daniel's vision comes to the angel Gabriel's aid in his contest with the angel of Persia (Dobiel).

"This Order continues the tradition of Chivalry in the modern world with the paramount commitment of diminish the suffering of all beings making the world a better place."

Purpose of the Order

* To perpetuate the legacy of the Royal Ghassanids (Arab Monarchs, ruling several realms from the III to the XVIII CE), historically the very first Christian knights and Defenders of the Holy Land, even several centuries before the first Crusade.

* To provide financial support to the Royal House of Ghassan for its charitable and cultural projects.

The Order is a non-religious and temporal Order of Chivalry and Knighthood. It is sovereign in the conduct of its affairs; subjected only to the Sovereign Imperial and Royal House of Ghassan. It isn't subjected to any religious affiliation, hierarchy or denomination, while maintaining its not-for-profit educational corporate status. Historically, the Ghassanids were the very first Christian knights and Defenders of the Holy Land, even several centuries before the First Crusade.

* Under the "Fons Honorum" of HIRH Prince Gharios El Chemor of Ghassan Al-Nu'Man VIII whose rights and titles were recognized by the by the International Arbitration Award number 0413/2011 that, according to the Brazilian Federal Law number 9307/96 has the very same legal force as a Federal Court Verdict and according to the the "1958 NY Convention on Arbitration" is a legal binding court decision in 148 nations in the world. Even being already "res judicata" (matter already judged not subject to appeal) by Brazilian Law, the International Award was recognized and enforced by the Los Angeles Superior Court in February 2012 and 2016. In 2013, Brazilian jurists and judges signed affidavits recognizing the legality of the international arbitration award and Prince Gharios' rights and titles. Those rights and titles were also recognized by several governments, secular and religious authorities. In 2014, Prince Gharios was invested as a knight of the Equestrian Order of the Holy Sepulcher of Jerusalem (lat.: Ordo Equestris Sancti Sepulcri Hierosolymitani, OESSH). The Order is a Roman Catholic order of knighthood under the protection of the Pope. It traces its roots to Duke Godfrey of Bouillon, principal leader of the First Crusade (circa 1099 CE). The Pope is sovereign of the Order, and it enjoys the protection of the Holy See and has its legal seat at Vatican City. Is one of the oldest, most respected and recognized Orders of Chivalry in the whole world.

* The Order is recognized by the some of the main political and religious leaders in the Middle East like: His Holiness the Coptic Pope Tawadros II, His Eminence and Beatitude Cardinal Bechara Boutros Rai the Maronite Patriarch, His Excellency Monsignior Maroun Lahham the Archbishop of Jordan, His Excellency Moussa El-Hage the Maronite Archbishop of the Holy Land, etc

* Chartered under The Sovereign Imperial and Royal House of Ghassan; registered in the United States of America (CA),

* Recognized in the United States as a tax deductible charity under the section 503 (c) 3 of the IRS - Internal Revenue Service (under the Royal House of Ghassan).

* Accredited by the United Nations Economical and Social Council with the Special Consultative Status since 2016 (under the Royal House of Ghassan). 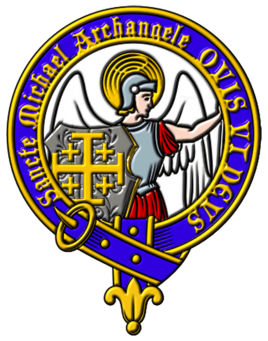