The Sovereign Imperial and Royal House of Ghassan has many charitable, cultural and social activities. It was accredited by the United Nations with the Special Consultative Status in 2016.  LEARN MORE

It's also a recognized private foundation and charity by the United States Government (IRS 501 (c) 3) since 2014.

Currently, has its headquarters in the United States but its Grand Chancellery is located in Canada. The House also has active representation in Germany, Brazil, Jordan and Lebanon.

The House has the Sacred Order of Saint Michael Archangel, a non-religious and temporal Order of Chivalry and Knighthood. The Order is also recognized by the some of the main political and religious leaders in the Middle East like: His All Holiness Bartholomew I, the Ecumenical Patriarch of Constantinople, His Holiness the Coptic Pope Tawadros II, His Eminence and Beatitude Cardinal Bechara Boutros Rai the Maronite Patriarch, His Excellency Monsignior Maroun Lahham the Archbishop of Jordan, His Excellency Moussa El-Hage the Maronite Archbishop of the Holy Land, etc . LEARN MORE

To know more about our charitable and cultural projects, please CLICK HERE 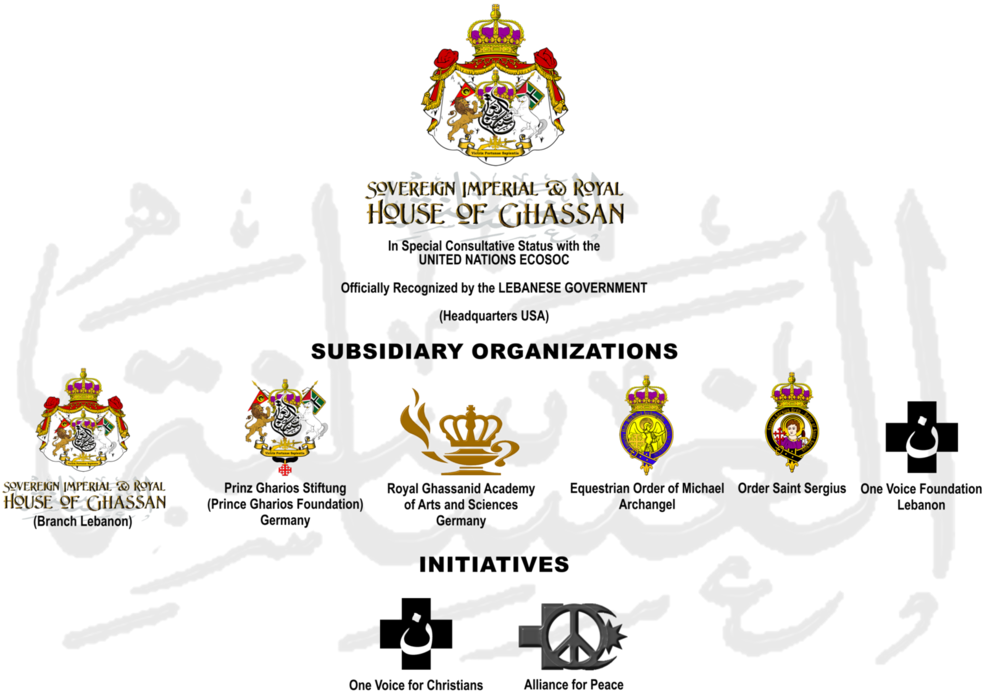