ROYAL HOUSE PRESENTS IRREFUTABLE EVIDENCE OF THE FAMILY'S TITLES - The Royal House has acquired several family’s documents which prove, beyond any reasonable doubt, that the Royal Family not only ruled but also kept using the titles even after the deposition until the present days. ...

THE WORLD'S LARGEST NON-GOVERNMENTAL BODY OF MUSLIM LEADERS RECOGNIZES THE SOVEREIGN RIGHTS OF THE ROYAL HOUSE OF GHASSAN AND HRH PRINCE GHARIOS EL CHEMOR - The Global Imams Council is the world’s first and largest international non-governmental body of Muslim religious Leaders from all Islamic Denominations and Schools of thought with a rapidly growing number of over 1,000 leaders worldwide...

THE ROYAL HERALD - The official periodical of the Sovereign Imperial & Royal House of Ghassan. Read about the achievements of 2018, the meetings with Royalty, Heads of State, Popes, political and religious leaders,  diplomats, etc. All the Royal travels, projects and awards...

PRESIDENT OF ALBANIA RECEIVES THE ROYAL FAMILY - The Ghassanid Royal Family and the board of the Royal House of Ghassan were honored to be received in a private audience by The President of Albania His Excellency Bujar Nishani.  ...

ROYAL HOUSE RECOGNIZED BY THE GOVERNMENT OF THE LEBANESE REPUBLIC

Please, click on  the images below for the official letter of recognition from the Albanian Head of State and translation

After three long years of a very bureaucratic process, The Imperial and Royal House of Ghassan is officially recognized by the Lebanese Government.

LEBANESE PRESIDENT RECEIVES THE ROYAL FAMILY - The Ghassanid Royal Family and the board of the Royal House of Ghassan were honored to be received in a private audience by The Lebanese President General Michel Aoun. Prince Gharios El Chemor discussed with President Aoun a cooperation to promote several programs in Lebanon including education and to make Lebanon the leader of religious dialogue in the region. Special thanks to Prince Gharios’ cousin Dr. Naji Gharios, Member of the Lebanese Parliament and international councilor of the Royal House of Ghassan... 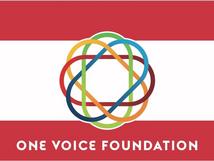 The Ghassanids are the descendants of a group of South Arabian sedentary tribes that emigrated in the early 3rd century from Yemen to the Hauran in southern Syria, Jordan and the Holy Land where some intermarried with Hellenized Roman settlers and Greek-speaking Early Christian communities. The term Ghassan refers to the kingdom of the Ghassanids. The Sabean Prince Jafna bin 'Amr emigrated with his family and retinue north and settled in Hauran (south of Damascus, present Syria), where the first Ghassanid state was founded. From him the Ghassanid line is also sometimes known as the Jafnids. It is assumed that the Ghassanids adopted the religion of Christianity after they reached their new home. The Romans found a powerful ally in the new coming Arabs of Southern Syria. The Ghassanids were defenders of the buffer zone against the other Bedouins penetrating Roman territory. The capital was at Jabiyah in the Golan Heights. Geographically, it occupied much of Syria, Mount Hermon (Lebanon), Jordan and Israel, part of present Iraq, Saudi Arabia and its authority extended via tribal alliances with other Azdi tribes all the way to the northern Hijaz as far south as Yathrib (Medina).

Is the Royal House of Ghassan recognized?

THE ROYAL HOUSE OF GHASSAN IS ACCREDITED BY THE UNITED NATIONS - The Royal House of Ghassan was granted “Special Consultative Status” by the United Nations Economical and Social Council.

Who are the Ghassanids?

HRH CROWN PRINCE LEKA II OF THE ALBANIANS  RECEIVES HIRH PRINCE GHARIOS EL CHEMOR AND ROYAL FAMILY - The Prince Gharios El Chemor and members of the Ghassanid Royal Family were officially received by the Head of the  Royal House of the Albanians, HRH Crown Prince Leka II. The Royal Ghassanid delegation was received at the Albanian Royal Residence in Tirana, Albania.   ...

ONE VOICE FOUNDATION DISTRIBUTES HALF A MILLION DOLLARS WORTH OF MILK TO CHILDREN IN LEBANON - The One Voice Foundation is “an arm” of the Royal House of Ghassan in Lebanon ...

Feel free to explore all the pages, however, we strongly recommend you to start by watching the documentary below ("The Christian Kings of the Middle East") to understand the saga of the Ghassanid Dynasty from Biblical times in modern day Yemen, to the foundation of the 1st State in modern day Syria and an almost five centuries rule in modern day Lebanon until the present day.

We also invite you to watch our latest documentary "The Royal Legacy" (also below) showing how the Ghassanid Royal Family is honoring the duty of service to remain relevant in the twenty-first century. 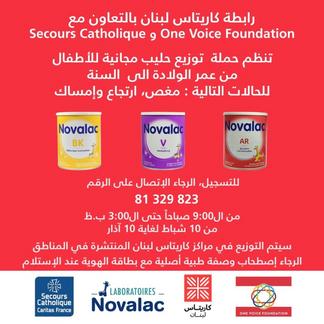 Very few deposed Royal Houses are currently recognized by the republics that held their territories in the past. This lack of recognition is obvious since it’d be counterproductive and even stupid for a regime that took over those kingdoms to recognize their legitimacy and even their existence. In Europe, some examples are Portugal and Albania. In Africa, the traditional kingdoms have constitutional recognition from the republics. Obviously, those rare recognitions are given merely on a cultural and historical level since there’s absolutely no legal way a Royal House can exist if not as a non-profit international association, one of the most notorious being the RFA – The Romanov Family Association, for the members of the Imperial House of Russia.
The Ghassanid Kings, emperors, and princes ruled several Middle Eastern regions, from 220 CE until the mid 18th century (Christian branch) and 1921 CE (Muslim branch), a duration of over 1500 years. Since the very first Ghassanid State, the Royal Ghassanids always enjoyed full recognition from both friends and foes. The Sovereign Imperial and Royal House of Ghassan is the oldest active Christian Royal House in the world, the sovereigns ruled over the largest territory for the longest period; more than any other Arab Dynasty.
During its most recent rule (present-day Lebanon) the Royal Ghassanid titles kept enjoying official recognition previously by the Ottoman empire until its demise and later by the Lebanese Republic until today.

​The film shows how the Ghassanid Royal Family is honoring the duty of service to remain relevant in the twenty-first century. Because majesty and duty are eternal...

​THE EQUESTRIAN ORDER OF MICHAEL ARCHANGEL