New Arms of the Sovereign Imperial & Royal House of Ghassan

A modern representation based on European Heraldry. Comprehends and represents all the ruling Ghassanid dynasties from 220 CE in Syria until the 1.747 CE in Mount Lebanon/1921 CE in Jabal Shamar (Chemor) or Ha'il.

At the center the artistic Arabic Calligraphy "Al Ghassassinah" (The Ghassanids) crowned sided by the oldest and newest Ghassanid flags. The scimitar sword and the imperial & royal scepter under the bicephalous Byzantine Imperial eagle.

Coat of arms ensigned with a representation of the royal and imperial crown of the Sovereign Imperial and Royal House Ghassan on Or with rubies, blue sapphires and pearls, purple velvet and ermine wreath. Supported by a Lion Rampant (representing: Arabia ('Banu Azd' or "the Children of the Lion"),  and an Arabian Horse Rampant

Motto: "Victrix Fortunae Sapientia" (Wisdom is the Conqueror of Fortune)

The name "Ghassan" comes from the first Ghassanid State founded in 220 CE by HM King Jafna Ibn Amr and comprehended parts of modern day Syria, Jordan, Iraq, Lebanon and Saudi Arabia. The Ghassanid Dynasty have ruled several other realms since the fall of the first State in 638 CE. The last Christian Ghassanid States were in modern-day Lebanon from 1211-1747 CE. The last Muslim realm was in modern-day Saudi Arabia until 1921 CE.

The Sovereign Imperial & Royal House of Ghassan is the dynastic, historical, legal and cultural representative of the Royal Ghassanids and the Ghassanid people (in Arabic "Banu Ghassan" or "Al-Ghassassinah").

It comprises and represents all the dynasties ruled by Ghassanid Christian sovereigns from 220 CE until 1747 CE. The Muslim branch of the family ruled until 1921 CE the Principality of Jabal Shammar (Chemor) or Hail in today's Saudi Arabia.

Since no longer ruling, the House presently is an international, non-profit, apolitical, secular, cultural/educational and charitable organization recognized and accredited by the United Nations and by the Government of the Lebanese Republic with the specific purposes of: the promotion of the historical and Cultural Arab heritage, especially but not limited to the Ghassanid people, the notorious Ghassanid's ideals such as the broad cultural incentive, women's equality, democracy, the promotion charity and the chivalric ideals. Also the promotion and application of the principles of The Universal Declaration of Human Rights (UDHR) adopted by the United Nations General Assembly on 10 December 1948 at Palais de Chaillot, Paris.

The Ghassanids are currently estimated in around 10 (ten) million people whithersoever dispersed around the world. Although originally from the Middle East, the vast majority of the Ghassanids live in South and North America victims of the ongoing exodus since the 19th century. Even being a minority in the Arab countries, the Ghassanid presence is still very strong and evident.

The Sovereign Imperial & Royal House of Ghassan is headed by HRH Prince Gharios El Chemor of Ghassan Al-Numan VIII, a direct descendant of the the last ruling Ghassanind princes, the prestigious El Chemor family, the sovereigns of Akoura and Zgharta-Zawyie (current Lebanon) until the 18th century. According to several historians and the Maronite Catholic Church, The El Chemor (or Shummar, or Shammar) family is proven to be the direct descendants of the last King of the first Ghassanid State in Syria.

The Royal House of Ghassan (as a NGO) is in Special Consultative Status with the United Nations Economic and Social Council.

In 2020, had its sovereignty and titles recognized by the Global Imams Council world's largest non-governmental body of Muslim leaders (both Sunni and Shia) with the participation of over 1,000 (one thousand) Muslim clerics from all over the world. 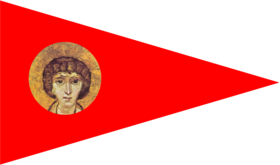 Royal Ghassanid banner, formed with the ancient Ghassanid flag mirrored, having the mantled royal coat of arms with a decoration from the Equestrian Order of the Holy Sepulcher of Jerusalem, since the Sovereign Prince is a knight commander of that ancient order of chivalry 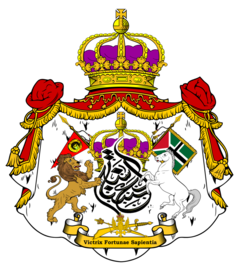 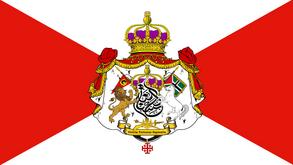 “To stand as a powerful agent of dialogue and change to spread equality and justice.”

By origin, the Ghassanids were Monophysite Christians. After the Islamic conquest in the 7th century, many couldn't afford the taxes (Jiziya) and converted to Islam.  Gradually, part of the remaining Christian Ghassanids became Chalcedonian (mainstream) Orthodox. The part of the Royal family and the people that sought refuge in the Mount Lebanon became Maronites. Therefore, the El Chemor family is Maronite Catholic. HRH Prince Gharios El Chemor was baptized as a Roman Catholic and also has studied the Tibetan Buddhism and strongly defends the peaceful rights of all traditional religions in the world. While visiting the Grand Mufti of Jordan in 2014, as the head of the Ghassanid Royal Family, Prince Gharios El Chemor symbolically revoked a fourteen centuries old decree that prohibited any Ghassanid to marry or convert to any other religion than Christianity. 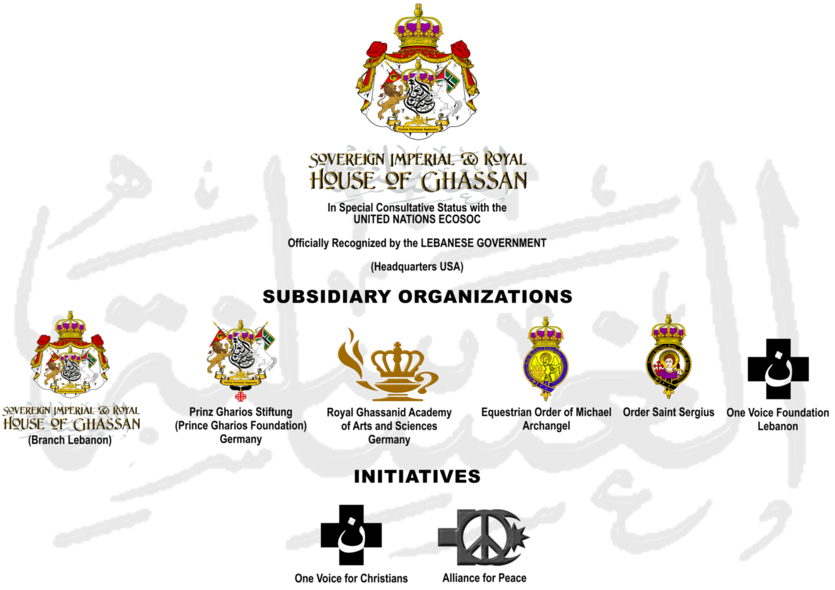 * We seek a world of equality and tolerance, where every human being’s dignity is valued,
* We abide by the human rights' principles, alleviating individuals and communities in suffering,
* We believe that every human should be treated with dignity and respect,
* We enhance the effective presence of minorities and envision a society where individuals live safely and in unity,
* We operate on creating awareness to diminish all kinds of possible conflicts and struggles between communities,
* We advocate and operate for peace building, non-violence and dialogue among all generations, by using applicable tools, alternative diplomatic channels and workshops.

Ancient Ghassanid flag with the image of Saint Sergius, the patron of the Ghassanids